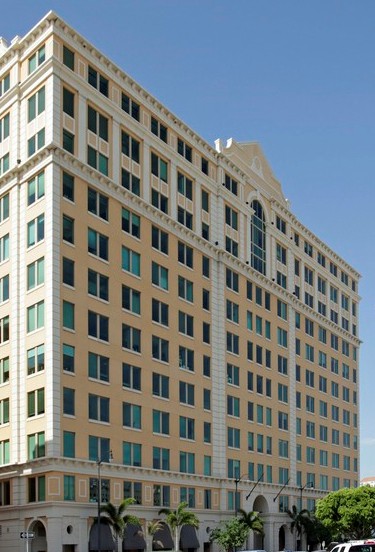 The client, Cherry Bekaert, one of the largest accounting firms in the U.S., hired more than 115 people in a fast track major expansion in South Florida. This required an immediate need for approximately 30,000 square feet of space. The situation was extremely time sensitive as the firm had to occupy the space before tax season began in January of that year.

Allen Morris was able to identify multiple viable options and create a highly competitive environment among landlords in the market by issuing a custom designed “Request for Proposal (RFP).” The RFP contained highly advantageous terms for the tenant and was sent to motivated landlords who were interested in attracting a credit-worthy tenant like Cherry Bekaert.

Ultimately, the aggressive negotiations on behalf of Cherry Bekaert resulted in Allen Morris achieving at that time the best lease economics for any transaction in the 60-plus year history of the accounting firm. Superior market intelligence concerning “Deal Rates and Terms” for recent comparable lease transactions was a major competitive advantage in achieving optimal terms on behalf of Cherry Bekaert.

“As one of the largest CPA firms in the Country, Cherry Bekaert demands the best in services rendered to our firm.  Thad Adams and Bill Bailey of Allen Morris fulfilled this company standard in identifying the best locations for several Cherry Bekaert offices and negotiating some of the most advantageous lease terms in the 60-plus year history of our firm.”

A very long standing tenant in a Class A suburban office building had renewed its lease in 2007 when office rental rates were high.   In 2012, the annual escalation in the rental rate created a large disparity between the tenant’s lease contract rate and the market rate for the same offices.  The tenant was frustrated and was looking for an immediate rent reduction.

Even though the tenant’s lease did not expire for over 18 months, a thorough market analysis and property tour was conducted for buildings with future matching vacancies.   These buildings owners submitted proposals for commencement dates at the expiration date of the tenant’s lease.  Allen Morris made the current landlord aware of these offers, and we also took it upon ourselves to show the landlord its costs should the tenant vacant the space.

The landlord became concerned that its tenant may leave its office building after such a long tenancy due to competing properties offering more attractive terms that were presented to the landlord by the Allen Morris team. An early renewal was executed giving the tenant a lower rental rate and several months of free rent.

Allen Morris represented a multi-national pharmaceutical company wanting to establish it Latin American regional headquarters in Miami.  Like many other international firms, the company desired to start with a small office for executives with the ability to expand into significantly larger offices due to the addition of staff after the start-up phase.

The tenant representation team identified a large office building with ample opportunities for expansion.  The team made sure the lease contained multiple expansion options in favor of the tenant.

The tenant subsequently expanded twice, doubling their size in under a year, yet continued to pay the same rate and terms even though the building’s quoted rate had increased significantly because of the original lease terms as negotiated by the team.